For the ceremonial opening of the first funding period of the Collaborative Research Center 1333 “Molecular Heterogeneous Catalysis in Confined Geometries” (CRC1333), a colloquium with top-class participants took place on October 22, 2018. It was also the start of the four-year scientific lecture series of the CRC1333 with two events per semester. 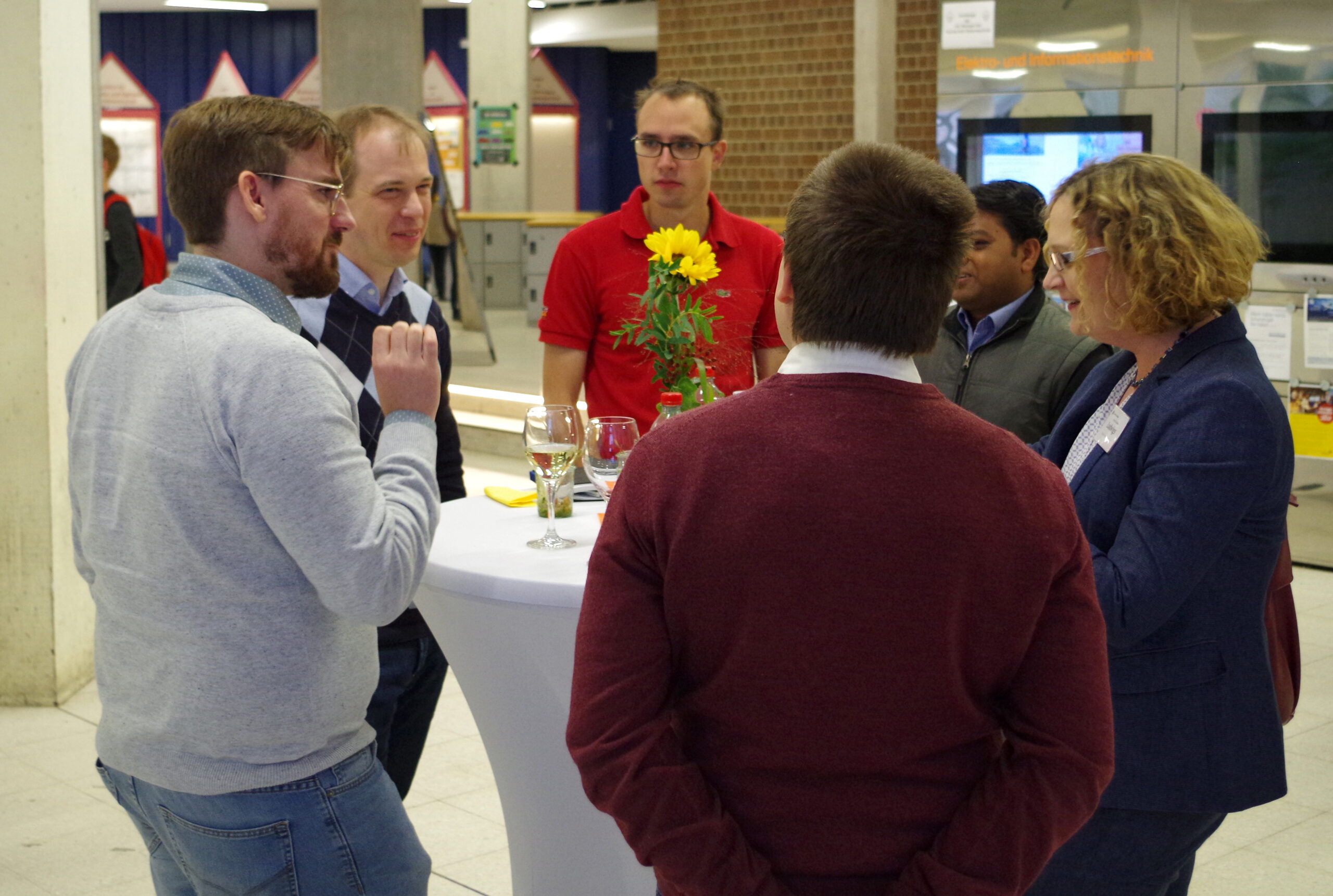 uium was opened with welcoming addresses by the Rector of the University of Stuttgart, Prof. Wolfram Ressel and the spokesperson of the CRC 1333 Prof. Michael R. Buchmeiser. In the scientific program, Prof. Matthias Beller from the Leibniz Institute for Catalysis (Rostock, Germany)  spoke on “Building Bridges between Homogeneous and Heterogeneous Catalysis” and Prof. Cristophe Copéret from ETH Zurich on “Molecular Understanding and Controlled Functionalization of Surfaces – Towards Single-Site Catalysts and Beyond.”  Prof. Rainer Helmig of the Institute for Modelling Hydraulic and Environmental Systems at the University of Stuttgart drew a connection to the CRC1313, titled “Interfacially Influenced Multi-field Processes in Porous Media – Flow, Transport and Deformation,” which is also funded at the University of Stuttgart and whose spokesperson is Helmig. All three guest speakers will serve as members of the External Scientific Advisory Committee of this CRC and we look forward to exciting discussions in the future.

The subsequent lecture series of the CRC 1333 will take place at least twice a semester for the next four years and, in addition to lectures by external scientists with international reputations, will also provide space for lectures by young scientists from the ranks of the CRC. The next event will take place on January 17, 2019. The speaker will be Prof. Moniek Tromp from the University of Groningen/ Netherlands. She is working on novel X-ray-based characterization methods to study catalysts during the catalytic process.